News Detail
Home » News » Why do many people like unicorns? What does it mean?

Why do many people like unicorns? What does it mean?

Why do many people like unicorns? What does it mean?

The unicorn is a legendary creature that has been described since antiquity as a beast with a single large, pointed, spiraling horn projecting from its forehead. The unicorn was depicted in ancient seals of the Indus Valley Civilization and was mentioned by the ancient Greeks in account of natural history by various writers, including Ctesias, Strabo, Pliny the Younger, Aelian and Cosmas Indicopleustes. The Bible also describes an animal, the re’em, which some versions translate as unicorn. 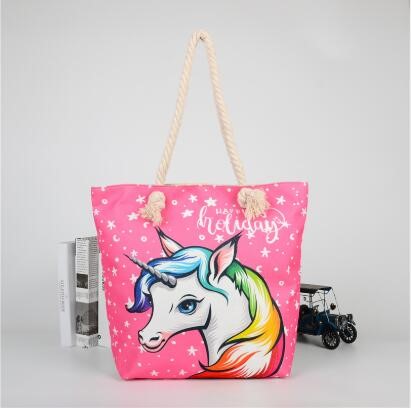 In European folklore, the unicorn is often depicted as a white horse-like or goat-like animal with a long horn and cloven hooves (sometimes a goat's beard). In the Middle Ages and Renaissance, it was commonly described as an extremely wild woodland creature, a symbol of purity and grace, which could be captured only by a virgin. In the encyclopedias, its horn was said to have the power to render poisoned water potable and to heal sickness. In medieval and Renaissance times, the tusk of the narwhal was sometimes sold as unicorn horn.

The qilin, a creature in Chinese mythology, is sometimes called "the Chinese unicorn", and some ancient accounts describe a single horn as its defining feature. However, it is more accurately described as a hybrid animal that looks less unicorn than chimera, with the body of a deer, the head of a lion, green scales and a long forwardly-curved horn. It is often regarded as a symbol of auspicious.

In the West, the unicorn is considered a symbol of purity. People think that the power of its horn can suppress anything that is morally corrupt. At the same time, there is the meaning of chastity, which is the representative of the knight. In term of the spiritual meaning, the unicorn stands for unconditional love.

Even in the 21st century, the unicorn holds a place in popular culture. A unicorn usually represents fantasy, hopes, unrealistic expectations from life, one sided views over someone or something and judgmental attitudes towards a lot of people.

In the traditional folk belief, an Unicorn lost his ferocity when it puts his head on the lap of a Virgin. An Unicorn, if it appears in the dream, is associated in conjunction with the innocence and purity of the dreamer. It is the feminine principle of the receiver and instinctive.

Here are some funny symbolism of dreaming the unicorn:

1. Seeing yourself as a unicorn - Such a dream means that you have a lot of unrealistic expectations from your life.

2. Riding a pink colored unicorn - You are surely in love, if you see such a dream. It may also depict the feministic attitude in you.

Many manufacturers select the unicorn as their products totem, such as unicorn headbands and unicorn canvas beach bags.